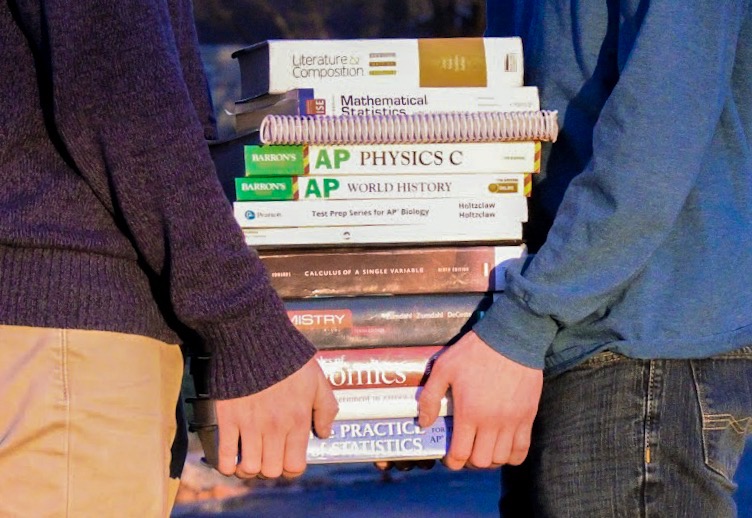 While this goal has always been a part of seniors John Gunderson’s and Colston Streit’s plan, it was not until junior year that they really decided it was possible. Since then, they have shared one main mindset. This goal has not only strengthened their friendship but has also allowed them to grow with one another, and their parents and teachers could not be more proud.

Over the past two school years, John and Colston have strived to become co-valedictorians at the end of next semester. They hope to move their tassels knowing they made it to the top, together. If they can’t, though, they know they will remain the best of friends because that is how their friendship works: Each one is happy for the other, no matter what.

“I just think they’ve been really good, true friends to each other, and they will probably always be good friends,” John’s mother, Amy Gunderson, said.

I just think they’ve been really good, true friends to each other, and they will probably always be good friends.”

How did they get here?

Both John and Colston’s parents say that their intelligence is a gift.

When John was only a toddler, Amy read an alphabet book to him. The next day, he was able to recall his ABCs.

When Colston was in third grade, his teacher noticed regular math was not for him. Since then, he’s been placed in advanced math courses.

A typical high school path was taken by neither John nor Colston. This was not just because their schedules were filled with all AP and advanced classes, but because they outsmart almost every student, even some teachers. John skipped two semesters worth of pre-calculus so he would be able to go into calculus with Colston beginning their sophomore year. Colston skipped two semesters worth of AP Physics I so he would be able to go into AP Physics C beginning their junior year. That same year,  they took AP Physics Electricity and Magnetism class, which is not regularly offered at SHS. They are also taking an online Calculus 3 course.

As English teacher Sam Hanley says, John and Colston just know how to do school. He says everyone knows they won’t receive any grade lower than an A.

“They do school better than anybody else I’ve ever seen,” Hanley said. 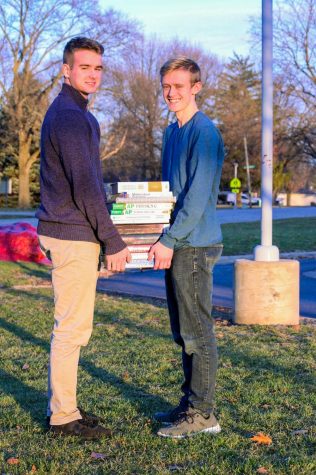 So, when it came to putting the idea of co-valedictorians into action, the hard part wasn’t the letter grade, but it was the schedule.

Before finalizing their senior schedules, which are exact replicas of one another’s (excluding iPass), the two had to think about what courses would affect their 4.739 GPAs differently. Choosing to stay in Advanced Orchestra to maintain the same GPA throughout their senior years was a hard decision for them, as they wanted to take AP Psychology but knew it would throw off their plan.

Just last year John had a scare with his AP Spanish 5 course because he was not confident in his ability to get an A. Colston’s mom, Joni Streit, says John’s self-doubt stressed out Colston at the time because he knew his friend could do it, but if it upset the GPA balance, their goal would no longer be attainable.

“I was nervous for him (because) we were just so motivated to get it to work,” Colston said. “But of course he pulled it off.”

Colston faced the same struggle with his speech class his sophomore year. He was not confident in his public speaking skills, as he tends to be on the quieter side. At SHS, speech is a requirement to graduate, so this course was not something Colston could skip over as he had in the past. To ensure an A in this class, he did every little bit he could for extra credit, like dressing up the day of a speech.

The friendship inside of SHS

John and Colston have always been friends, but this goal of being co-valedictorian has brought them much closer. Even though they are trying to keep the same GPA, it is still fun for each of them to try to score higher than the other. Colston says they are so competitive about it but only because they are determined to do their best.

Taking the ACT demonstrates this friendly competition. Colston took the test before John and received a high score. Because of this, John told himself he needed to beat him, even though both of them knew that they are exemplary at most everything they put their minds to.

“He got a really good score so it was like ‘I (have) to man up and take the ACT,’” John said. “It’s kind of back and forth like that.” 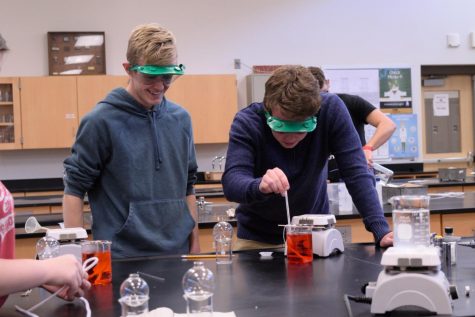 Both John and Colston had good friends before they met each other, but their friendship is special because it allows them to have someone who sees eye to eye with each other. Their intellectual ability is matched.

Joni says Colston has always had friends, but having John by his side lets him feel normal.

“That happiness and that confidence that Colston has gained just from realizing he’s actually not weird…” Joni said. “We feel a lot of gratitude that things brought he and John together the way that they did.”

Science teacher Stacey Matlock says the pair was able to lean on each other last year in AP Physics C, which was good because they were always able to push themselves and herself as a teacher. She says their intelligence has bettered her because she had to navigate the pace of her classroom by making sure John and Colston had work to do but also making sure other students weren’t left behind. According to Matlock, striving to be valedictorians together is awesome.

“They totally deserve it,” Matlock said.

Beyond the block schedule

Their lives consist of more than school, though.

John and another classmate kick-started philosophy club last year, which Colston is also a part of. The two were also members of the tennis team. While this could be an added stressor to their lives, John and Colston see it as a reliever.

According to Jason Streit, Colston’s father, he was very worried about the two during this most recent tennis season. They would get home late from matches and still have homework and other things to do, but they never fell short.

Extracurriculars are done together, but the pair also just likes to hang out, too. According to Jason, the friends call one another often, even though they see each other just about every minute of the school day.

John and Colston have jam sessions and hours worth of Burger King stops whenever they can. These lunches consist of deep life conversations and having fun with one another, for hours on hours. Colston says they are typically going through the same things, so these conversations just help them talk about it and get everything out.

Amy feels that their friendship works so well because they are so similar and always respect and trust one another. She says it has helped John to have a friend like Colston, someone he can always rely on.

Colston thinks the same about John. He says the two of them complement each other very well, as they have different strengths and weaknesses that create a balance.

“I want to work harder to be like John,” Colston said.

Even if they don’t make it to become co-valedictorians together, they are inspired by one another and want one another to be the best they can be. They know this will be an experience nonetheless.

“The main thing you take away isn’t really anything like an award (or status),” Gunderson said. “You tried your best in high school and you had all these experiences.” 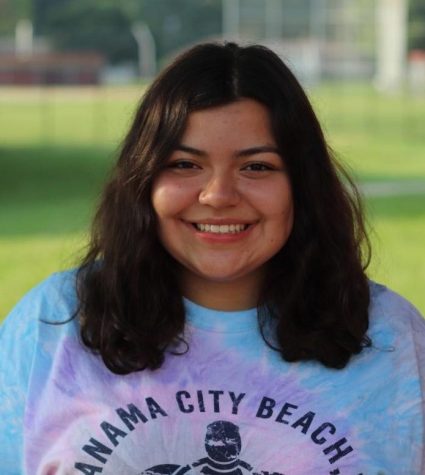 Hey, y’all. It’s Elizabeth Valadez, and this year I’m back for my third and final year as The Journal’s Editor-In-Chief. I also play the clarinet,...